Sorainen continues supporting and defending international investors in Belarus, including by protecting their intellectual property (IP) and related rights. Below is a summary of recent legislative developments prepared by our Intellectual Property team, including parallel import, a local version of Pinocchio in the spotlight in an unfair competition case, depositing neighbouring rights and other news.

Buratino in the spotlight of unfair competition case 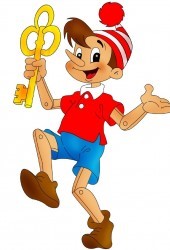 In March 2002, Krinitsa registered the trademark БУРАТИНО (Buratino in Latin characters, registration number 15060). Among others, the registration covered soft beverages. In October 2019 Krinitsa claimed that Stas International should stop using its trademark.

Stas International did not comply with Krinitsa’s requirements. Moreover, in February 2020 they filed a claim to the antimonopoly authority, stating that Krinitsa’s registration and use of trademark constituted unfair competition:

The investigation lasted for almost two years. Eventually the antimonopoly authority found that Krinitsa’s actions did indeed constitute unfair competition. One of key factors was proving the wide popularity of the beverage Buratino among consumers throughout the territory of Belarus.

An appeal against the decision of the antimonopoly authority was filed to the Supreme Court of Belarus, but was rejected.

In February 2022, another dispute raised questions of trademark use in competitive relationships, this time between a bank and a commercial company. The dispute was triggered by a company’s use of a designation similar to a bank’s trademark:

The trademark has been registered since 2004. Sometime later the bank discovered that the company was using a designation similar to the trademark on its official website. Attempts to resolve the dispute amicably were unsuccessful. In May 2021, the bank applied to the antimonopoly authority claiming unfair competition.

The authority did not find unfair competition or other violations of antimonopoly law during the course of the investigation.

The reason was that the bank and the company were not qualified as competitors: the bank was providing banking services, and the company was engaged in wholesale trade of goods, thus they operated in different commodity markets. According to the antimonopoly authority, the company’s actions: 1) were not aimed at gaining advantages in business activities, 2) have not and could not have caused losses to the bank. The authority also decided that between the used designation and the trademark there was not similarity to the extent that it could cause confusion, and in addition, the trademark had legal protection only for financial activities, banking services and monetary transactions, not covering wholesale trade of goods.

Reference: under Belarusian competition law, competitors are entities selling or purchasing goods on the same commodity market. This definition may change; for more details click the link.

It is expected that by resorting to this service the rightsholders may receive an additional tool to protect their rights. If necessary, the patent office will be able to confirm the existence of the neighbouring rights as of the date of registration and deposit, as well as indicate who is the rightsholder.

E-filing with regard to trademarks and patents will become available

On 23 June 2022 the government adopted a resolution providing for a new option of applying to the patent office in electronic form through the automated information system “Internet Portal for Electronic Filing of Applications for Industrial Property” in relation to:

While the new regulation came into force on 30 June, the system has not started functioning as of when this material was prepared.

Reference: in this newsflash “parallel import” refers to the import and sale of original goods bearing trademarks by importers without the rightsholders’ consent.

Being a member of the Eurasian Economic Union, Belarus applies the regional principle of exhaustion of the exclusive right to a trademark. This means that using a trademark in relation to goods lawfully brought to the EAEU market by the rightsholder or a third party with its consent is not a trademark infringement.

At the moment regulations at the EAEU level remain intact.

At the same time, Belarus is going to legitimise parallel import for certain goods. According to the recent statement of the government:

At the moment there is no access to the draft law or information about the goods covered.

Once adopted, the law may allow a flow from Europe of goods covered. In addition, some goods can be imported from Russia, given the legalisation of parallel import there. We are monitoring the legislative and enforcement developments and will provide an update once more information is available.

Our international Intellectual Property team is at your disposal, should you need advice on any legal issues you are facing.