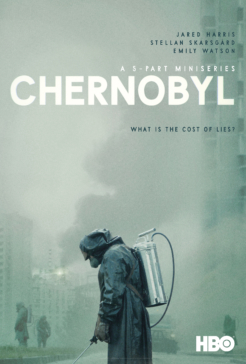 We advised HBO and Sky Atlantic on contractual and tax matters relating to co-production of the TV mini-series Chernobyl.

Chernobyl is produced by Sister Pictures, The Mighty Mint and Word Games for HBO and Sky Atlantic. Written by Craig Mazin and directed by Johan Renck, the five-part mini-series dramatizes the true story of  the 1986 explosion at the Chernobyl nuclear power plant. Starring Jared Harris (The Crown, Mad Men), Stellan Skarsgard (Breaking the Waves, Good Will Hunting) and Emily Watson (Breaking the Waves, Apple Tree Yard), the series (a large proportion of which was shot in Lithuania) has received global acclaim following its launch on HBO/Sky Atlantic in April 2019 and is among the highest rated shows on IMDb.

Our services and project team

During preparations for and filming of the TV series, we advised on a variety of contractual matters, such as use of property for filming scenes, including Ignalina Nuclear Power Plant and Vilnius regions, creation of special effects, crew agreements, acquisition of intellectual property rights, plus legal requirements and tax aspects. The client was advised by a joint team of lawyers from different practices: counsel Stasys Drazdauskas on IP matters, senior associate Indrė Ščeponienė on tax matters and associate Ieva Tumalavičiūtė on tax and contractual matters. The team was led by partner Daivis Švirinas.