Open source software components have become an integral element of the software industry, with almost every codebase containing open source code. At the same time, source code is protected as intellectual property. In the European Union, computer programmes are protected under copyright law as literary works. This means the rights to software generally lie with the software developer and third parties may use such rights only when granted to them, for example, when they are licensed, as is the case with open source components. When incorporating open source components into proprietary software, it is thus essential to ensure that you have the necessary rights to use your code as you intend to use it.

Permissive licences allow the licensee to determine the licence conditions for works they create with the help of the open source software components. Often, the main – and the only – requirements consist of retaining the information concerning the author and their copyright notice. Software programmes which include components licensed under permissive licences can thus be generally freely distributed and sold as proprietary software. Permissive licences are thus preferred by companies and developers looking to commercialise their products.

Examples of permissive open source licence include the MIT Licence, the BSD 2-clause Licence and the Apache Licence.

Which open source licences should you use?

The following table includes a general overview of popular open source licences and their characteristics, and should be helpful when deciding on which open source strategy to adopt. 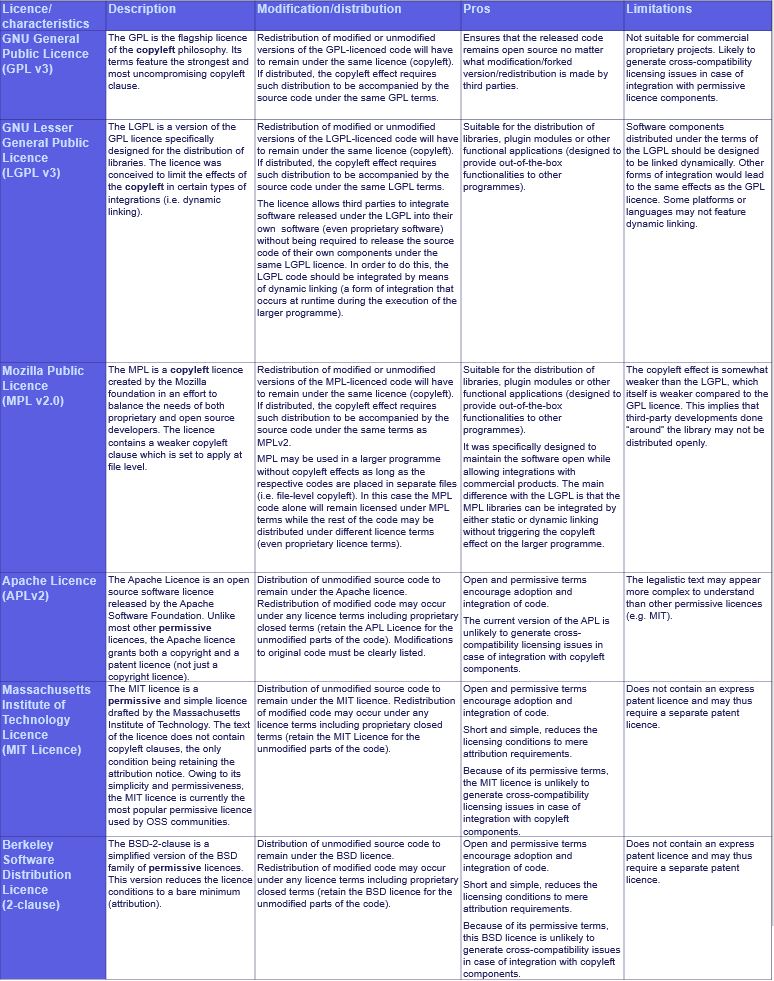 In a nutshell, in order not to risk open source non-compliance: