As reported in the local media, in February 2020 Puma became more active in combating counterfeit and parallel imports in Belarus. The first infringer was detained and held to administrative liability for illegal sales of sneakers bearing the Puma trademark. During consideration of the case it was found that the infringer bought the goods in Russia and resold them through an online store in Belarus. The infringer’s actions were qualified as illegal use of intellectual property.

According to information from open sources, the process was initiated by the Russian Puma branch responsible for the Belarusian market. Puma is focusing primarily on counterfeits.

A year ago New Balance launched a similar policy on counterfeit sneakers in Belarus. The “counterfeit” issue, in our opinion, may be relevant for many world-famous clothing and footwear brands.

Some trademarks are included in the Belarus IP customs register. KIA has an official Belarus dealer.

A local company was trying to import used spare parts for KIA cars to Belarus. Customs checked the cargo, noticed the KIA trademark and informed the local representative. The representative initiated administrative procedures with customs. The court held a local company liable for infringing trademark rights and fined the infringer some EUR 950 (the minimum penalty for this infringement) and customs are to destroy all used spare parts bearing the KIA trademark.

According to the infringer, they previously imported spare parts for cars of other large manufacturers without difficulty. The local representative stated that KIA may issue permission for import of spare parts bearing its trademarks on a case-by-case basis. 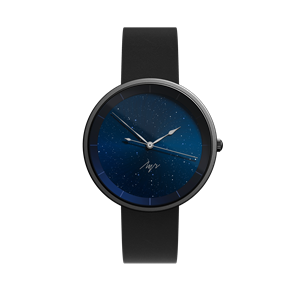 The issue of protectability of ideas and design works was raised. It should be recalled that an idea cannot be copyrighted.

The EAEU member states signed an Agreement on Trademarks, Service Marks and Appellations of Origin on 3 February 2020. The Agreement should enter into force on the date of receipt by the depositary of the last notification of implementation by member states of the necessary domestic procedures.

The significance of the Agreement lies in the opportunity to register a trademark or appellation of origin in the territories of the EAEU member states by submitting just one application. This can be filed electronically through a single EAEU portal (not yet created) or as a paper document directly or by mail. According to the Agreement, registration from the application date until receipt of a certificate will take approximately eight months, assuming straightforward registration.

The EAEU member states are to consider a set of documents and agree on legally significant actions and patent fee rates in June 2020 in order to implement the Agreement.