In Q1 of 2021, the Baltic mergers and acquisitions (M&A) market shattered the record for the number of deals in a quarter, formerly held by Q1 of 2018. 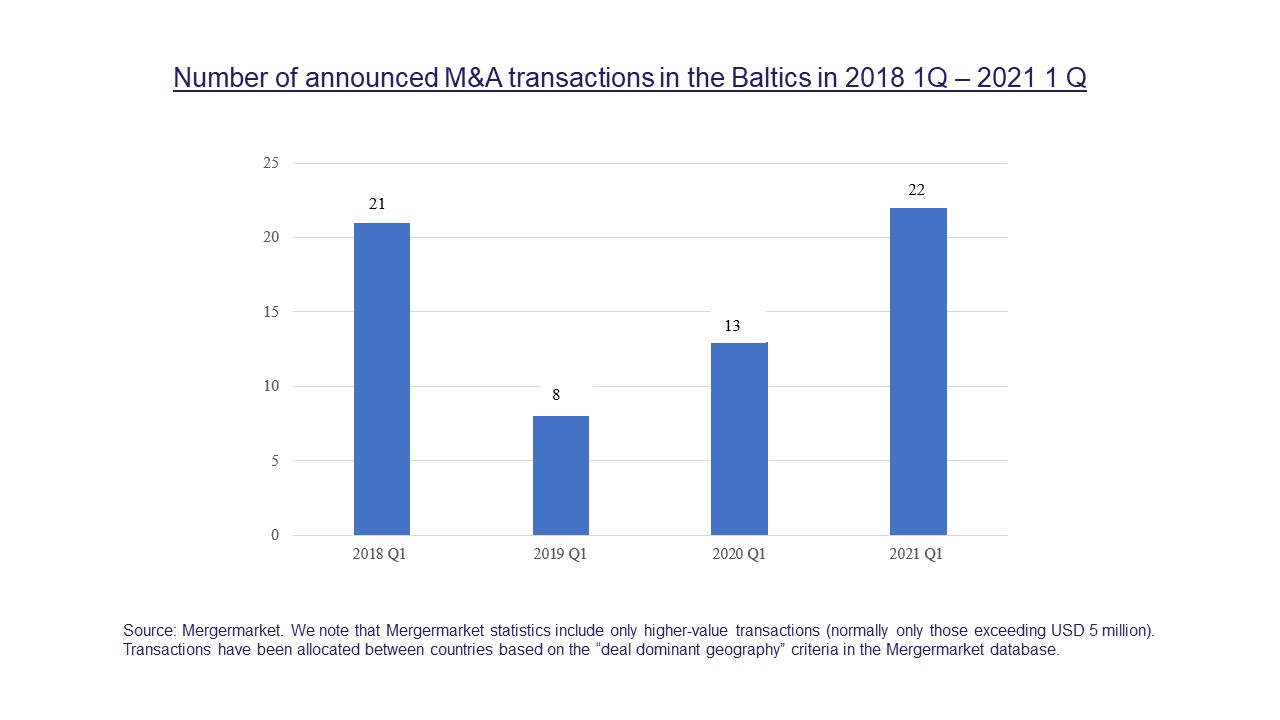 The value of announced deals in Estonia, Latvia and Lithuania set another record, totalling EUR 925 million according to the Mergermarket’s “Global & Regional M&A Report 1Q21”. 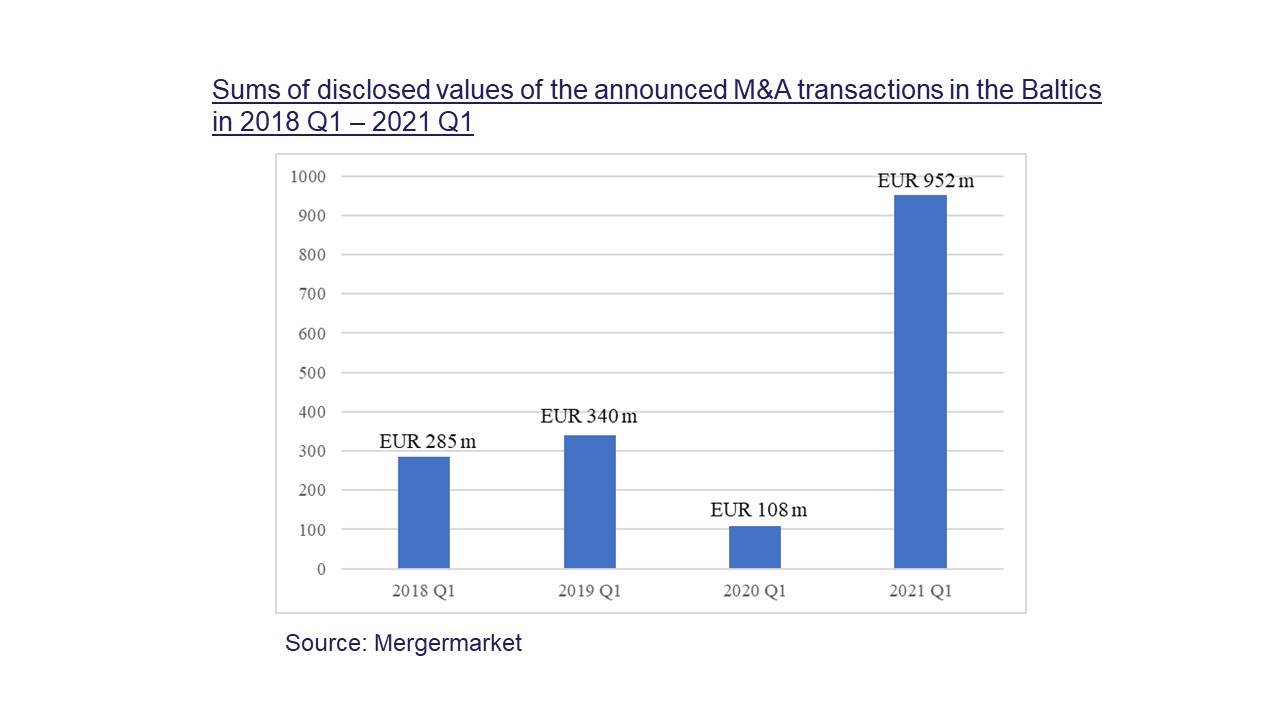 In the Baltic States, deal activity remains highest in Estonia, but activity in Lithuania and Latvia is picking up. 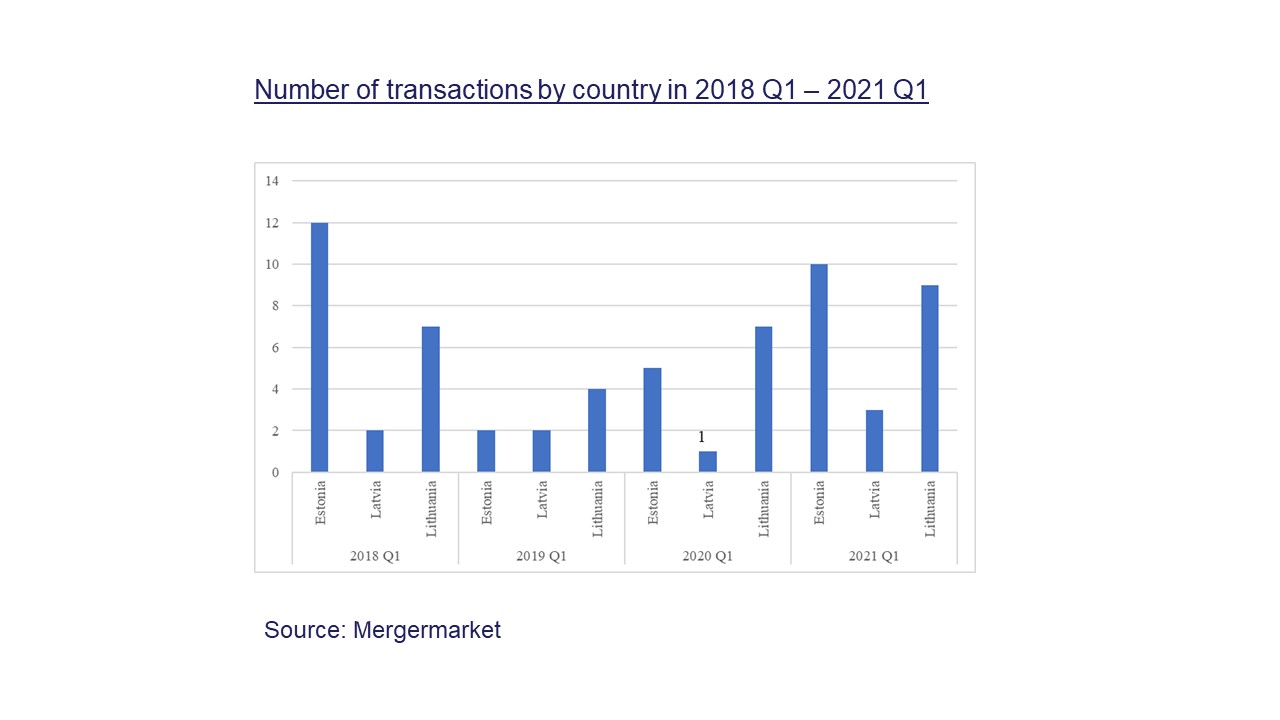 “The M&A market was busy at the end of last year, and this has continued in Q1 of 2021. Baltic markets have proven to be resilient and active in the technology and e-commerce sectors and this is also shown in the European-wide deal statistics. We are grateful for the trust from our clients and proud of the performance of our experienced transaction teams. We will continue to invest in the development of the M&A ecosystem in our region in order to facilitate future growth of deal flows,” comments Toomas Prangli, co-head of the Sorainen Corporate and M&A practice in Estonia.

Activity in the Baltic M&A market reflects global and European trends. The European M&A market grew 51.5% by value in the first quarter of 2021 compared to the equivalent period in 2020, constituting 25.1% of the global M&A market. According to Mergermarket report, first quarter activity in 2021 reached USD 1.16 trillion in transactions, making the first quarter of 2021 the most active beginning of a year  on record. The deal values are the highest seen in the last 15 years (USD 518.7 million on average).

Deal values have grown in almost all sectors, but compared to the first quarter of 2020, the transport sector saw the biggest increase. Transport deals rose 424.9%, reaching USD 66.9 billion. The energy and utilities sector also saw a remarkable 248.3% increase compared to the same period last year. It is in this sector that the highest-value M&A deals have taken place in the Baltics too (eg the sale of Fortum’s district heating business in the Baltics to Partners Group, the acquisition by the Tallinn city government of a majority stake in the largest water utility company in Estonia, Tallinna Vesi).

What are the reasons behind high activity in M&A deals and in the investment market in the Baltics?  Firstly, investors are looking for new investment opportunities – this especially helps to boost the technology sector, where a number of promising startups operate (eg Veriff, a global company providing identity verification services founded and headquartered in Estonia, raised USD 69 million). Secondly, the economies of the Baltic states have on average suffered less during the pandemic than the economies of many other countries. 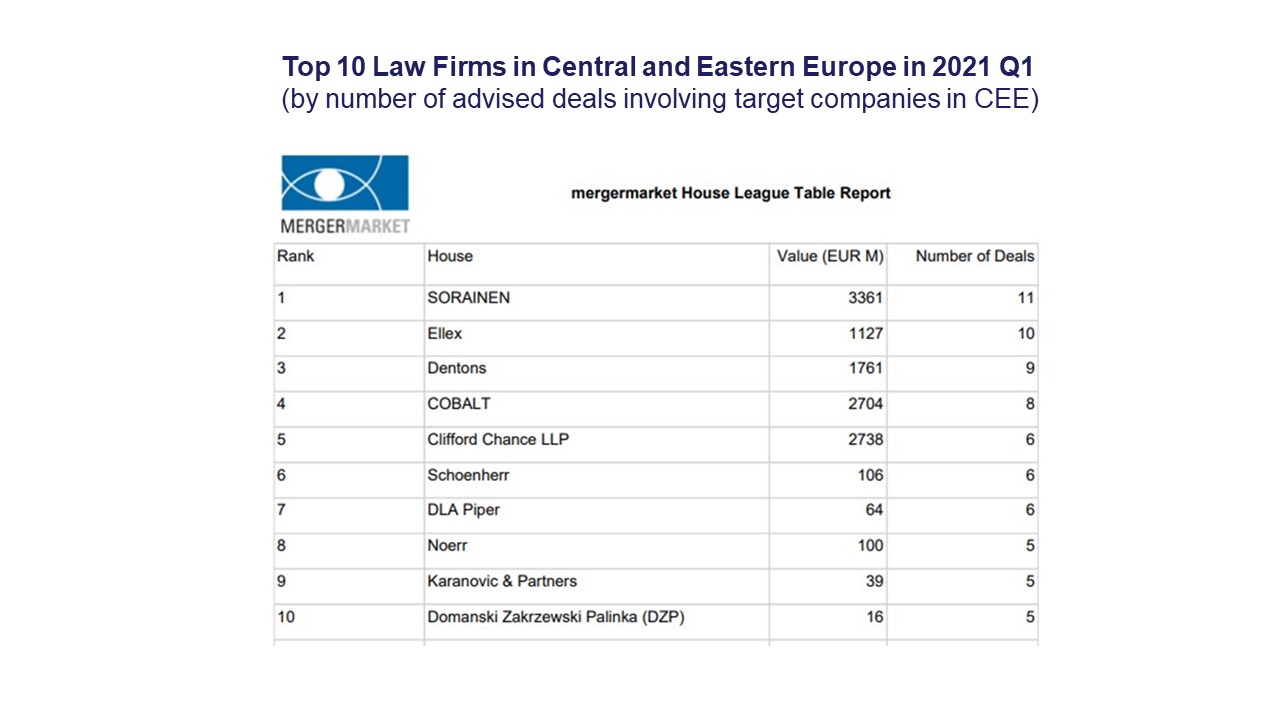 Speaking of trends and prospects, several new transactions are in progress in the energy and utilities sector, as well as in the TMT sector in the Baltics.

“Fortunately, feelings about the M&A market are high among both buyers and sellers, and parties are managing to bridge the valuation gaps well. This gives us a sense of positivity about the prospects of the current M&A wave in our region: it seems that there are no reasons for it to lose pace, at least in the near future. In the Baltics, we have many interesting companies in various phases of their development, and they may well be good targets for acquisitions and at the same time prominent acquirers of other businesses. We wish good luck to sellers and investors and are curious to see what new records the future will bring! We warmly invite all those interested in M&A to attend the Baltic M&A and Private Equity Forum in May 2021 and discuss the trends and opportunities which M&A market is bringing all of us,” comments Sergej Butov, head of the Sorainen Corporate and M&A team in Lithuania.

For a more detailed overview of the M&A market activity in the region, we recommend participating in the virtual Baltic M&A and Private Equity Forum, to be held in Vilnius on 26 May 2021.