Belarus: will it be possible to apply for international trademark registration in Russian? WIPO: positive

The World Intellectual Property Organization (WIPO) has approved inclusion of Russian in the list of languages for filing applications for international protection of trademarks and designs. At the moment only English, French and Spanish are included in this list and deadlines for implementing the new rules are unknown. As to trademarks, applications for international registration are possible within the so-called Madrid system (under the Madrid Agreement or Madrid Protocol). These imply a request for trademark protection in several countries at once. Information on trademarks for business (FAQs) compiled by our team is available here.

The potential novelty has received diverse feedback. On the one hand, the volume of applications for international registration is expected to increase due to a reduction in translation costs, existing registration searches, and patent attorney services. On the other, some argue that the novelty may only simplify primary paperwork at the pre-filing stage but will not result in an increase in the number of applications.

Key figures in the Belarus IP market in 2019

In 2019 the Belarus patent authority registered approx 2,300 trademarks. In the majority of these registration has been applied for as word or combined marks. Shape and device marks are not too popular in applications for registration. See chart below: 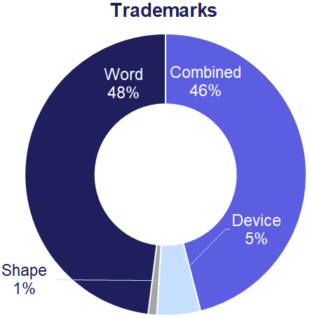 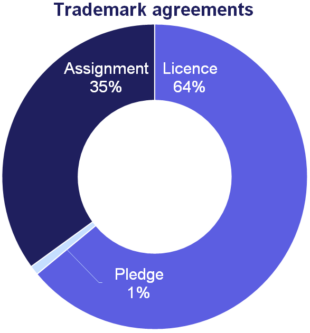 In 2019 the Belarus patent authority issued patents for approx 400 inventions. In the majority of these, registration was applied for in the technical field “Human necessities”. The least popular technical field is “Textiles; Paper”. See chart below based on International Patent Classification classes. 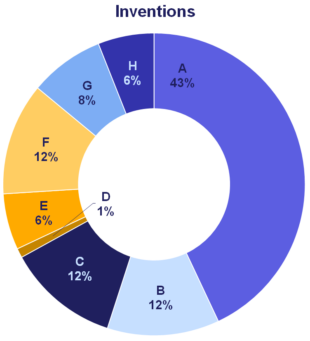 The Supreme Court of Estonia ruled in favour of a popular dance school, which was sued in 2016 by the Estonian Performers Association for damages in the amount of EUR 5,649 for playing songs during dance lessons without the original author’s approval and without paying remuneration.

Even though the Supreme Court ruled in favour of the dance school and did not require it to pay any damages at this point, the case was sent back to the Court of Appeal, where the dance school has to prove that all the requirements deriving from Article 22 are fulfilled.

Estonian Government held liable for over EUR 800,000 in damages to copyright societies

Estonian copyright societies have been arguing with the government for years over the unpaid “blank media levy”. The dispute was initiated as the Government’s regulation on the “blank media levy” dating back to 2006 failed to take into account technological developments in this field. The regulation stipulates that manufacturers and importers of empty cassettes, such as CDs, DVDs and VHSs, are charged a “blank media levy”. However, for years now consumers have not been buying traditional cassettes. This means that the list of media to which the levy should apply needs to be updated. Estonian copyright societies initiated a claim for damages for the previous five years (2014 – 2018) in an amount of EUR 48,524,441 and the court of first instance awarded them EUR 816,559. Work on a draft bill to change current legislation has been initiated.

On 11 November 2019 the Industrial Property Board of Appeal cancelled the Patent Office decision rejecting registration of the trademark “ladyloan”.

Registration of the mark was applied for as a word mark in Nice Class 36 – services rendered in financial and monetary affairs and services rendered in relation to insurance contracts of all kinds. Registration was rejected on the basis of lacking a distinctive character with respect to the services applied for. It was also admitted as consisting solely of signs or indications which may serve to designate the kind, quality, quantity, intended purpose, value, geographical origin, or timing of services.

The Board of Appeal disagreed with the Patent Office’s conclusion that the word “lady” is used to describe the audience for the services. It was agreed that such terms as “loan for families with children”, “loan for farmers”, “loan for seniors” etc. are widely used and are aimed at a certain consumer audience. However, the “ladyloan” mark cannot be seen as that kind of designation. While consumers can be objectively divided into groups according to social status, age and gender, the particular mark did not explicitly indicate that this is a “loan for women”. The Board of appeal stated that it is difficult to imagine clear and precise criteria that might be used for determining whether a particular person is considered to be a “lady”, and apply these criteria when issuing a loan.

The Board of Appeal stated that the word “lady” found in the mark can be seen as a designation with a figurative meaning possibly indicating that services will be provided with courtesy and care.

The Board of Appeal also took into consideration that there was no proof that the services had been used mainly by women before registration of the trademark was initiated.

Since the mark could provide a sufficient level of differentiation from other providers of similar services, it was admitted as registrable.

What can we learn from this case?

The “Law On Trade Marks and Indications of Geographical Origin” does not prohibit the use of terms of a figurative and imaginative character that could also in some cases refer to a person or a member of society. For registration of a trademark to be prohibited, it must contain words and designations that clearly and explicitly refer to an audience of recipients of the services.

On 27 November 2019, the Regulation on the Procedure for Application of Binding Instructions to Internet Service Providers came into force, authorizing the Lithuanian Radio and Television Commission (RTC) to block access to existing and future (“mirror”) domains of websites that carry copyright-infringing content.

First introduced at the end of 2018 by an amendment to the Law on Copyright and Related Rights, domain blocking has become an effective tool against piracy on the Internet. To date, 16 websites have been blocked this way, including 3 mirror websites.

This document is of informative nature, compiled information in respect of four jurisdictions (Belarus, Latvia, Lithuania, Estonia) and should not be used as a legal advice.