Our intellectual property (IP) team will tell you about examples of the problems that companies from different industries faced last year, about changes in legislation, and we will analyse cases of unfair competition, and the fight against smuggling, which increases during turbulent times.

The answer is YES, according to a recent case considered by the Belarusian antimonopoly authority. Still, it is necessary to take into account all the details of the relevant case. The case referred to goes as follows:

These actions by the Belarusian company were qualified as unfair competition, which is prohibited.

Giants of the dairy industry in a continuing battle

Since summer 2019 Danone (Russia) and Savushkin Product (Belarus) have been involved in a continuing dispute in Russia.

This matter arose when Danone submitted a claim to the Moscow Arbitration Court regarding copyright infringement by Savushkin Product. According to Danone, this infringement concerned an illegal redesign of the Activia brand covering yoghurts, curd and kefir products. Danone stated that the Activia design was used for similar products manufactured by Savushkin Product under the Optimal brand. You can see examples of the Activia and Optimal brands below. 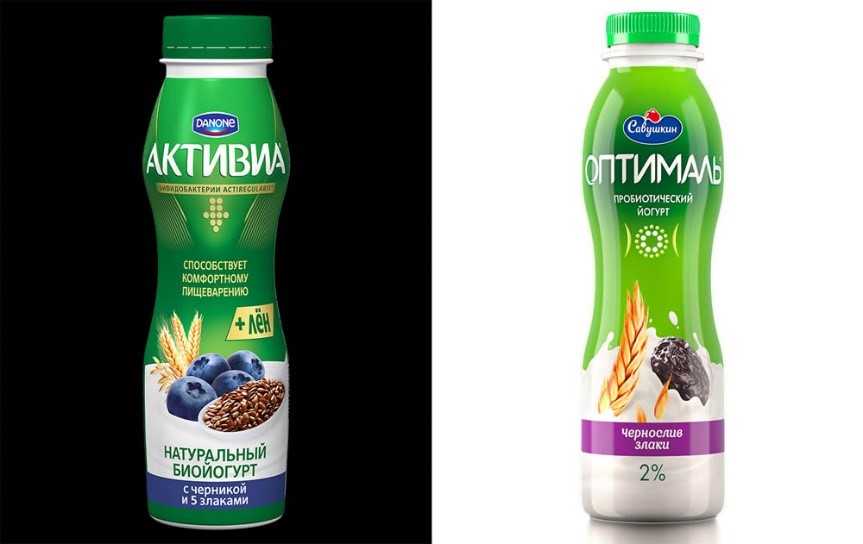 On the left is Danone’s Activia; on the right is Savushkin Product’s Optimal

As of the present moment, Danone has lost in three different Russian courts of different levels: the Moscow Arbitration Court, the Ninth Arbitration Court of Appeal and the Intellectual Property Rights Court. It is not known whether Danone has decided to appeal to the Supreme Court against this unfavorable decision.

Do not profit from someone else’s reputation: competition should be fair

A Belarusian kvass manufacturer faced unfair use of its brand Lidskiy in Russia. Specifically, a Russian company copied the brand Lidskiy in the design of its products. You can see the examples below. 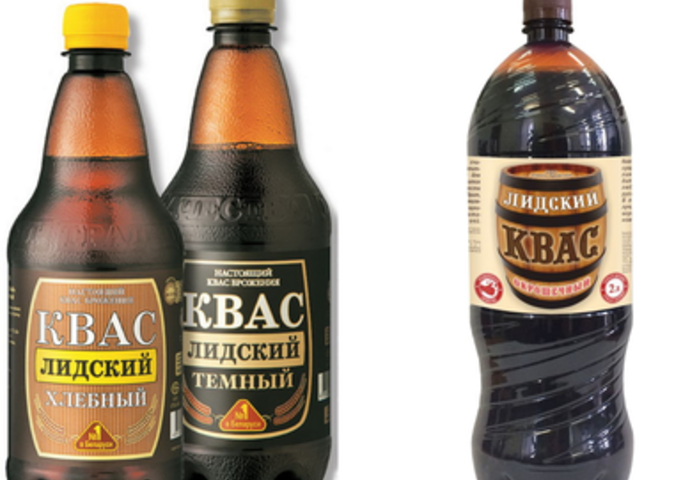 On the left is the Belarusian kvass; on the right is the Russian one

The judgement of unfair competition was due to the use by the Russian company of the designation “Lidskiy” and the design of the label, as well as the designations “New Design” and “New Format”. The antimonopoly authority considered that this use could potentially lead to confusion with the Belarusian kvass, as well as entail negative consequences for the Belarusian manufacturer, namely:

On 18 November, the Radio and Television Commission of Lithuania (RTCL) adopted a decision enabling licensees to apply for injunctions against Internet service providers rendering services to third parties who make use of them when infringing a copyright, related right or sui generis right.

The RTCL is mandated to issue binding instructions to Internet service providers demanding that they block the domain name associated with the site until the copyright infringements are remedied.

Pursuant to the Law on Copyright and Related Rights, only copyright and related rights holders, “their authorised persons” and collective societies may request the RTCL to apply web-blocking injunctions. In practice, uncertainties used to arise as to whether licensees (such as streaming service providers) fell within the category of “authorized persons”.

In recent months there have been a number of prominent trademark cases in Lithuania. 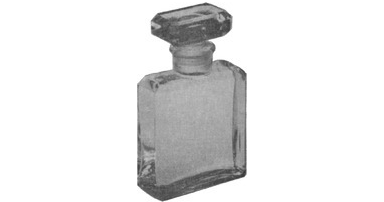 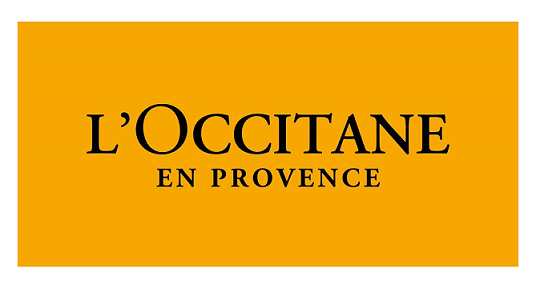 Trademark reputation. The Patent Bureau Appeal Division confirmed the figurative mark “Vilnius” as “having reputation” in Lithuania. As noted by the Appeal Division, the trademark is widely used in the city of Vilnius (e.g. on public transport, on billboards, in TV commercials, etc.) and represents the city to local residents as well as to foreign tourists. This formed the basis of the decision to refuse the registration of a similar trademark, “Vilnius Hookah Place”.

New regulation on clarifying the process of trademark registration, transferring and licencing

The Latvian government plans to adopt a new regulation by the Cabinet of Ministers “On Registration Applications, Transfer of Rights and Licencing of Trademarks” (“the Regulation”), clarifying the order of trademark registration and procedures and processes after registration. The Regulation has been prepared on the basis of the new Trademark Law, which came into force on 6 March 2020.

Until now there has never been a regulation describing the order of trademark registration and other trademark-related procedures in detail. This was due to the fact that the designations that could be registered as trademarks within the previous legal framework were simpler and could only be displayed graphically. Furthermore, trademark transfer and licensing procedures were performed by the Patent Office in accordance with the general provisions of document formatting and content requirements. The new Regulation has been developed after studying the experience of other countries and international organisations.

Although it does not state specific file formats, the Regulation provides rules on the representations to be included when submitting a trademark registration application. Since the new Trademark Law recognises other types of marks besides words and figurative marks, representations can now also be made in video format, audio format or other formats, with the precondition that they are clear and understandable. Thus, when applying for registration of a holographic, ornamental or three-dimensional mark, or a mark in another format that was previously not accepted, the applicant has relative freedom when deciding on the best format for representing the mark.

The Regulation also includes provisions for registering the transfer of trademark ownership during the consideration of registration application and after the registration process is completed. While the majority of these requirements are stated in the Trademark Law and were already known and used in practice, currently they are only clarified on the website of the Patent Office.

The draft Regulation was submitted to the State Secretary meeting on 5 November 2020. This is a precondition for it to be submitted for review and approval by the Cabinet of Ministers. Hence, the Regulation could be expected to come into force during the first half of 2021.

This is accompanied by the fact that 44 out of 105 cases of Industrial Property Board of Appeal during the year 2020 have been related to trademark use in bad faith. Furthermore, during 2019 and 2020 the Economic Crime Department of the State Police initiated 14 criminal proceedings in relation to the illegal use of trademarks.

To raise public awareness of the negative impact of counterfeit goods on economic and consumer safety, since 7 October 2020, the Patent Office has been running the campaign  “Counterfeit Reality… Still Reality” (“Viltotā realitāte… joprojām realitāte” in Latvian) in cooperation with the State Revenue Service Customs, the Consumer Rights Protection Centre and the Economic Crime Department of the State Police. During the campaign various public events and discussions have been organised.

The Estonian Ministry of Justice has published the draft law for transposing the reformed EU Directives (EU) 2019/789 and (EU) 2019/790 on copyright and related rights. Notable amendments in the draft law include:

The draft law is set to undergo consultations with stakeholders and further amendments during the Parliamentary readings, before entering into force on 7 June 2021.

Estonian Supreme Court: even a melody of two bars and a few seconds can be copyrighted

The Estonian Supreme Court confirmed that even a very short melody consisting of two bars and lasting a few seconds can be protected under copyright.

The dispute concerned the melody used in advertisement while the phrase “Põltsamaa ehtne ja hea” (“Põltsamaa genuine and good”) appeared. The claimant, the composer of the short melody, claimed the defendant had infringed his rights by using the work and its arrangements in multiple advertisements without permission.

The Estonian Supreme Court, referring to the ECJ cases C-145/10 (Painer), and C-5/08 (Infopaq International), among others, confirmed that a musical piece consisting of only two bars can be considered an original work protected under copyright. Copyright applies in relation to subject matter which is original in the sense that it is the author’s own intellectual creation. An intellectual creation is an author’s own if it reflects the author’s personality. This is the case if the author is able to express his or her creative abilities in the production of the work by making free and creative choices.

Our international Intellectual Property team is at your disposal, should you need advice on any legal issues you are facing.