“This win is a significant recognition for the entire Baltic region, which has grown much faster than other European regions in recent years, with the transaction market going up as well. We are truly grateful to our clients for entrusting us with their strategic business development and sales transactions, the number of which doubled last year compared to 2020,” says Laimonas Skibarka, managing partner of Sorainen.

The winners of the Mergermarket awards are selected based on the value and number of transactions advised on, as well as on a decision by the award jury. The jury, made up of independent experts from large private equity funds, international law firms and Mergermarket, assesses the strategic importance, complexity and innovation of international transactions.

Transactions stood out in the CEE deal market

During the period under review (Q4 2020 to Q3 2021), Sorainen offered advice on 46 qualified transactions in the Central and Eastern Europe (CEE) region with a total disclosed value of EUR 4.407 billion. It is an impressive achievement that Sorainen, a relatively small law firm with just four offices in the region, has performed extremely well and is competing for the award alongside global legal market players such as DLA Piper (48 deals) and CMS (45 deals). In the CEE region alone, DLA Piper has six offices in major regional markets and CMS has 14.

“The Baltic M&A market has been driven by the vibrant tech scene as well as investment in the energy and infrastucture sectors. Obviously, due to the geopolitical situation, the market has changed dramatically in Q1 2022. Only future will tell how the war in Ukraine will impact the economy and how businesses will manage potential stagflation. Despite the very complicated times, we remain hopeful that the tech and renewable sectors will be resilient and continue bringing investments into our region,” explains Toomas Prangli, head of the Corporate and M&A Practice Group at Sorainen. 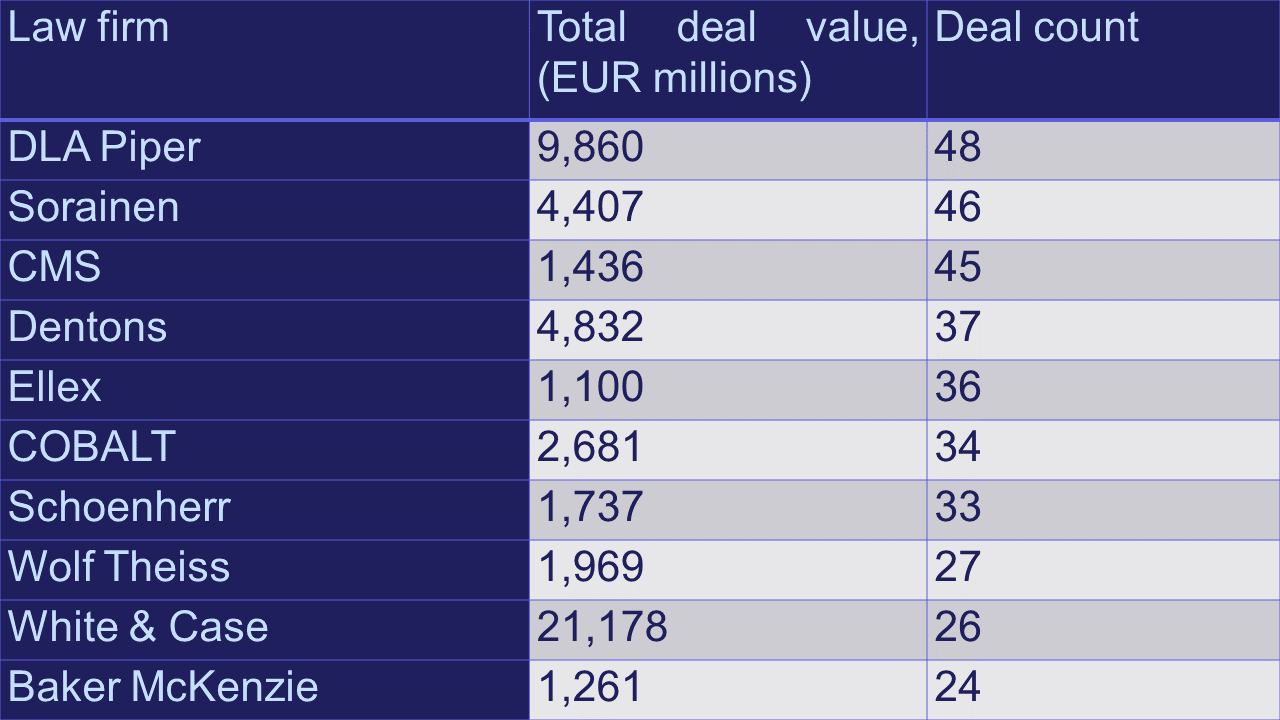